I have been painting. But I’ve been exceptionally bad at it lately. Out of the dozen or so paintings I have made in the past week or two, I have one that’s not sitting next to the firewood outside. (Watercolor paper makes a great fire starter by the way.)

I’ll show you what I mean, lest anyone think I’m burning something I shouldn’t.

And, wait. I promise, The best worst is yet to come…

So, for good reason, I haven’t been super happy with my progress lately. I need to crack open one of my books, and just start painting through tutorials again… I’m stuck making mud. I kind of don’t want to, because I feel like I get pinned when I study someone else’s techniques – I start thinking that’s how I SHOULD paint, instead of thinking that’s how I COULD paint. But if I rely on learning from my own failures, I get pretty down on myself. And worse, I don’t know how to fix it. I just know it’s wrong.

Anyway, today I tried to paint this moon flower that I have growing in the back yard. It’s from a datura innoxia plant. I have looked this up several times because there are a number of different kinds of moon flowers. This one is a datura innoxia. So, don’t come over and eat the seeds. It won’t get you high, it’ll just give you a belly ache and possibly some bloody diarrhea.

I have fond memories of this plant growing in my back yard as a kid. When my parent’s moved from the house I grew up in, I asked for some of the flowers that we had there, and this is one of them. These flowers are absolutely enormous, and each flower only lasts one night. By the next morning, they’ll begin to shut and shrivel. The plant itself will game six or seven flowers at a time, and they keep replenishing all summer long.

Unfortunately, my first attempt was… well… you know when you are baby sitting a toddler, and you suddenly realize it’s quiet… and it’s been quiet for a while… so you panic, and run around the house looking for her until you finally realize that she found her mother’s makeup for the first time? Imagine the skill and delicacy with which that toddler has applied her cosmetics. That’s basically what I did. I didn’t even bother taking a picture when it dried.

My second attempt was much better. I still wasn’t able to capture the delicacy of the shadows, the depth of the flower itself, or the translucence of the petals, but I’m not completely unhappy with this painting. 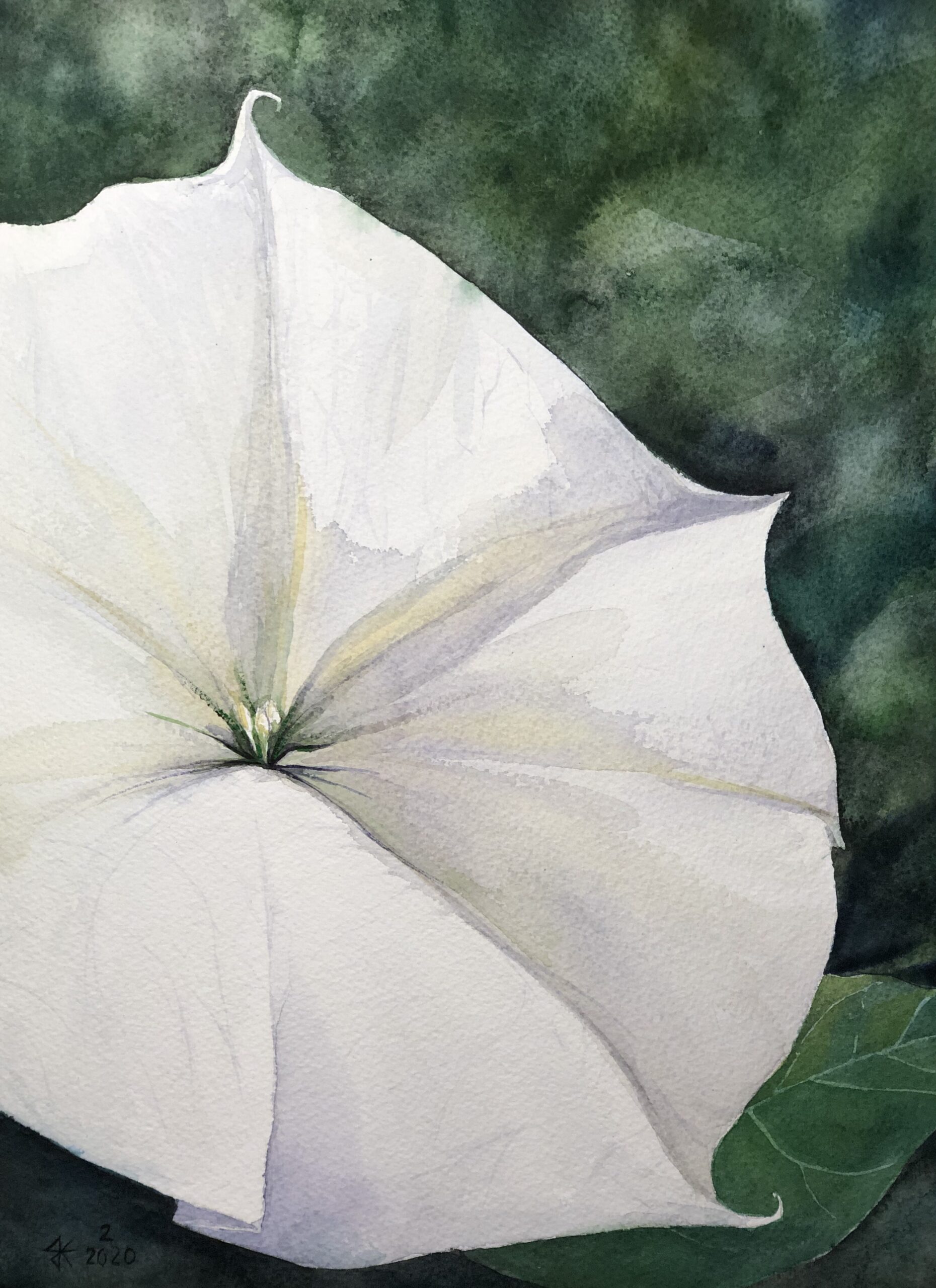 I think it could be much more delicate. But I also wanted to make this at least somewhat gestural, or painterly. I didn’t want to rely entirely on soft edges, but I do feel like I could try to render the shadows on the petals with fewer strokes. There are quite a few over worked areas here, which is why I’m afraid of deepening the shadows, which I think is the only way I could make this look as deep as the flower in the photo. But – hey… at least this is better than my first attempt. The only person I’m competing with is myself from yesterday. 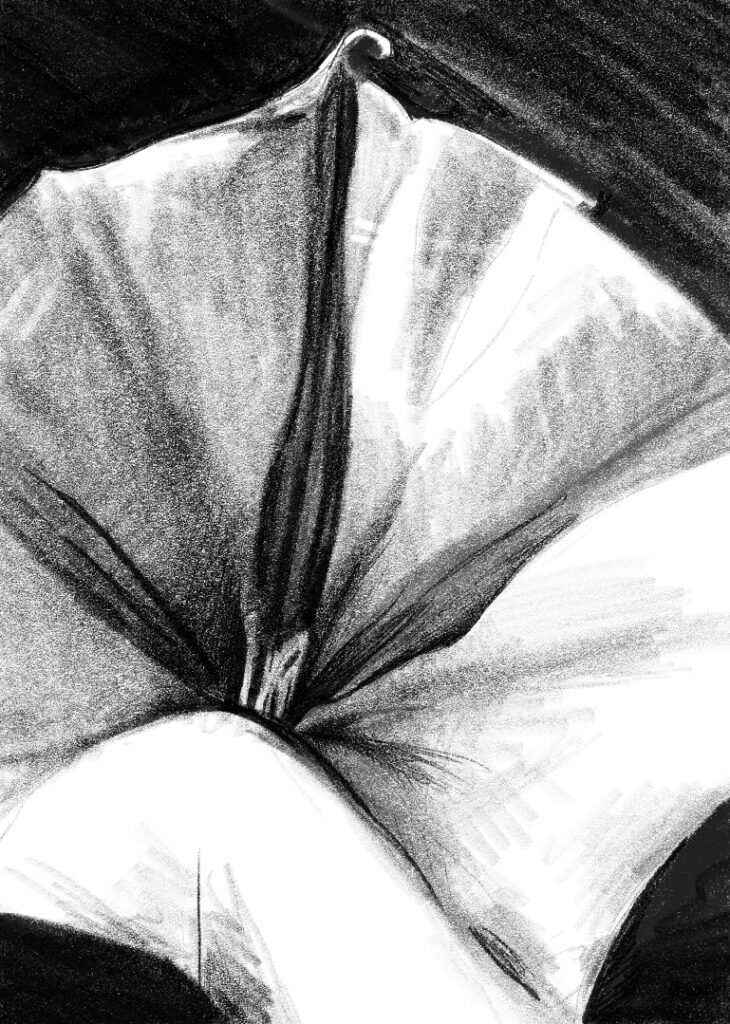 I am going to have to try this again, and this time I want to get the depth communicated. Because I am afraid of going too dark too fast, I didn’t go dark enough anywhere. As a study, I made this sketch, where I realized two big things: 1.) The petal on the top left is entirely in shadow. I don’t think I shaded it at all in my painting above. 2.) I can go incredibly dark in the flower, and it still reads as a white flower, as long as the highlights are white.

And… don’t worry, I didn’t forget. I told you the worst was yet to come. Here it is… for the lols.