I am cheap, so I build my dollhouses from scratch. That means I either draw out the plan before-hand, or I have to improvise as I go. This time, since I was using a plan that I had found online, I decided to draw out all the panels, and cut them first. I figured this would allow me to make the best use of the plywood I bought, and it would be faster in the long run. It turns out, this decision took a considerable amount of time, and I wasted most of the wood.

Knowing how important scale is when building a dollhouse, I relied on a dollhouse plan that I found online to ensure all the doors and windows were properly scaled. Then, I spent about six hours measuring, arranging, rearranging, and remeasuring every wall, floor, dormer, and divider panel on my two sheets of plywood. I took extra care to measure everything to the nearest 1/16th of an inch. I planned on following the blueprint as closely as possible throughout the build, as if I had purchased the kit itself.

Unfortunately, there were a few problems with this:

1) I didn’t consider the thickness of the wood

The dollhouse plans I downloaded were for a kit. Had I purchased that kit, I would have noticed pretty quickly that the wood in the kit was of varying thickness. But I didn’t have the kit. I had plywood. And all of my plywood was 1/4 inch thick. I didn’t think about this when I measured out all of the panels on my plywood. Even though I measured the length and width of every panel as perfectly as I could, my pre-cut panels were doomed to failure because I didn’t calculate for the differences in thickness of my plywood. 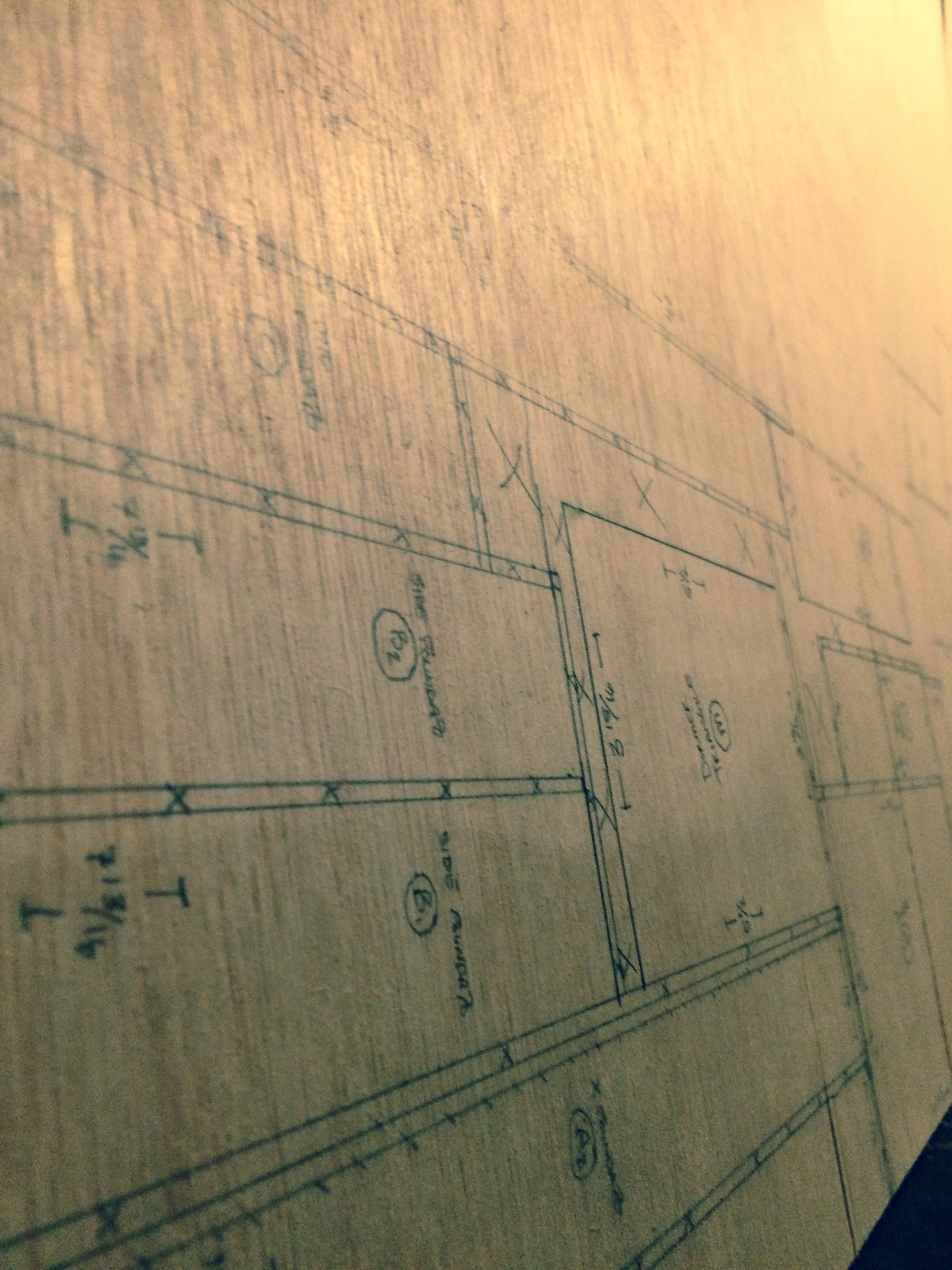 The road to hell is paved with every plan I’ve ever had. This dollhouse was no exception.

Once I finished measuring, and remeasuring, and after everything was finally cut out, I brought all the pieces down to the workshop, and organized them as best I could. I labelled every piece, and added labels to the printed plans, to make sure I could distinguish the “AG” dormer from the “AF” dormer. Then, I started right in on building the facade. Once that was complete, I quickly built the foundation, and that’s when I realized how shallow the dollhouse would have been.

Had I built the dollhouse exactly as the kit described, it would have been fine. But I really wanted to make sure there was plenty of room to play in this dollhouse. That meant I needed it to be deeper than the kit called for. So, I cut the facade in half, and bumped out the left side of the house to make it more visually appealing, and built a new foundation.

In the end, because I didn’t follow the designs exactly as the plans called for, I had to cut every panel when I needed it. (Since I was already downstairs in my workshop at that point, it was faster to just use my hand saw.) This means all that work carefully measuring and laying out the panels exactly as the printed plans described, ended up being for naught. And the vast majority of that pre-cut wood is still sitting in a pile on my work bench.

When all was said and done, I was really happy with the final product, and I’m glad I ended up deviating from the plans, even if it did mean a bunch of wasted plywood. All told, I spent less than the cost of the kit itself, and the final product is more detailed and unique as a result of my decision to ‘go it alone.’ So, while I love the flexibility you get by building from scratch, in my experience that flexibility means making decisions on the fly. And when you do that – it’s easier if you don’t cut all the wood beforehand.

What others have to say:

Here are a few places you can find dollhouse plans, or tips on making accurate measurements: